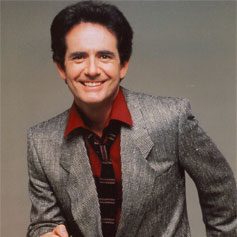 The swinging bachelor who helped put that extra swing in the seventies, Larry personifies every guy who can’t stop loving the ladies. Larry plays Jack’s partner in crime at the apartment and at their stomping grounds, The Regal Beagle. He makes his living as a used car salesman and can be found lounging around in his bachelor pad in his infamous silk zebra pajamas.

A native of Manhattan, Kline studied drama at Queens College and went on to receive a MFA in Theatre from Northwestern University.

Richard has appeared on numerous television shows including Bluebloods, The Americans, Gilmore Girls, Judging Amy, That 70’s Show, NYPD Blue, St. Elsewhere, and LA Law. On the silver screen, he was a lead actor in the 1999 film Liberty Heights directed by Barry Levinson. He can be seen in such films as Liberty Heights, Nothing But The Truth and Beverly Hills Ninja.

Richard will star as Liberace in a pre-Broadway production of All That Glitters in 2015 San Francisco prior to a Broadway opening. At the George Street Playhouse he played opposite Tyne Daly in It Shoulda Been You directed by David Hyde Pierce, and recently played The Wizard in the National Tour of Wicked. Other theatre credits include City of Angels (Broadway debut), David Mamet’s November, Death of A Salesman, Chemin de Fer, and played the title role of Henry Vat The Folger in Washington, D.C. He has done 6 Neil Simon plays, including a tour of Canada in Jake’s Women. His musical credits include They’re Playing Our Song, Do I Hear A Waltz, The Rothschilds, Company, Titanic, Hello Again and By Jeeves.

While continuing to work as an actor, Richard also teaches acting classes in New York City both privately and at casting workshops. He lives in West Orange, NJ and is married to Beverley Osgoode. His daughter Colby Kline is a singer/actress living in NYC and was seen as Lucy the next door neighbor in Prpblem Child which coincidently starred John Ritter.