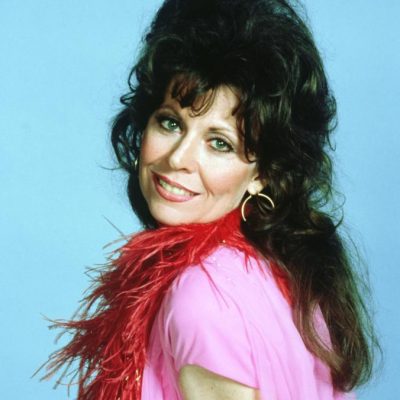 A sultry recent divorceé moves into the apartment complex. Lana, an attractive take-charge woman sets her sites on her handsome neighbor Jack Tripper but discovers it is difficult finding time alone with Jack as their landlord, Mr. Furley, constantly pursues her company. This mature sexy lady has a fire burning for Jack and will not give up until she gets what she wants.

Born in Abilene, Texas and raised in Dallas, Ann received a Bachelor of Arts degree in drama from Southern Methodist University. Earlier in her life, she met and married actor Rip Torn; they have a daughter together.

A versatile performer, she enjoys many of the great female roles penned by Tennessee Williams. She is naturally partial to dramatic roles, but can hold her own in a comedy. Winning the Tony Award for Best Supporting Actress in Neil Simon’s Chapter Two.   Ann has been seen on the Broadway stage in plays such as Thieves, Make a Million and The Last Analysis. Her many movie roles include The Hunter’s Moon (1999), The Whole Wide World (1996), Love and a .45 (1994), Green Card (1990) and Steel Magnolias (1989).

It was in 1979, that she accepted the role of Lana on Three’s Company, moving into the apartment complex as Lana, the trio’s sultry new neighbor and femme fatale. Other sitcoms that she has loaned her talents to are Filthy Rich and Evening Shade with Burt Reynolds. Her television movie credits include Burning Passion: The Margaret Mitchell Story, Cooperstown, Killjoy, and The War Between the Tates. She has been married to Ernie Martin for many happy years and together they had her second daughter. Jack Tripper-eat your heart out!