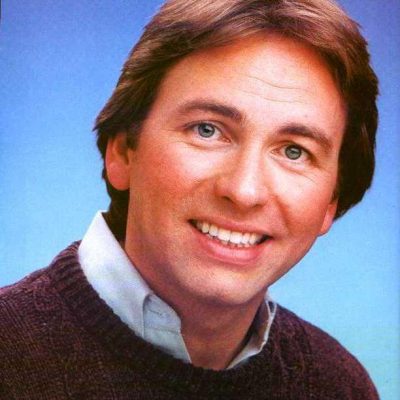 Jack, the man of the house, is a kid at heart. A handsome, yet lovable ladies-man, Jack enjoys living with two girls but never takes himself too seriously. The fall guy for the apartment’s landlords, Jack pretends to have no interest in dating women so he can live in a place he can afford. Money is tight as he studies to be a chef, but Jack doesn’t mind working overtime in order to cook up romantic adventures with his latest love interests. Jack is the leading straight guy who wants everyone to be happy and keeps everyone laughing.

A native of Los Angeles, John Ritter is the youngest son of Western film star and country music legend, Tex Ritter. John graduated from Hollywood High School, where he was Student Body President. John received a BFA degree in Drama from the University of Southern California.

Graduating from USC John went directly into theatrical summer stock productions, during this period he made his television debut in an episode of Dan August. This first experience lead to appearances in dozens of television series such as Hawaii Five-O, MASH, Starsky and Hutch, The Streets of San Francisco, Phyllis, Rhoda and a recurring role as the Reverend Fordwick in The Waltons. More recently he has appeared in Wings, Newsradio, Touch By An Angel, and Ally McBeal.

John came to national prominence in 1977 as the star of the television hit comedy series Three’s Company. His role as Jack Tripper garnered an Emmy, Golden Globe and a People’s Choice award. He returned to the weekly format with Hooperman (1987-89), receiving Emmy and Golden Globe nominations and winning a People’s Choice Award. His next television comedy series, Hearts Afire, ran from 1992 through 1995.

Starring in more than twenty television movies, including Unnatural Causes for which he received an Emmy nomination for Best Actor, Stephen King’s It, The Dreamer of OZ, The Only Way Out, Unforgivable, and A Child’s Wish. In 1999, he starred in two CBS television movies, Holy Joe and Lethal Vows.

His stage work includes Love Letters, The Unvarnished Truth, The Glass Menagerie, Butterflies Are Free and As You Like It. He has recently completed the Los Angeles run of Neil Simon’s play, The Dinner Party.

In 1983, John Ritter was honored with a star on the Hollywood Walk of Fame. His star is placed along side his father’s.

Sadly, in 2003, John fell ill with an aorta dissection.  He underwent surgery and died on September 11, 2003, just days shy of his 55th birthday. He is survived by his wife Amy, ex-wife Nancy, and his four children Jason, Carly, Tyler, and Stella.