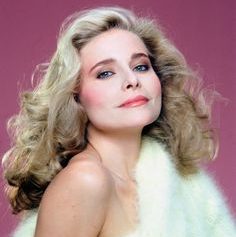 Is there a nurse in the house? There is after Terri Alden moves into the apartment in the sixth season. With her upscale image and zany personality she falls into place with the rest of the crowd. It does seem that when Terri speaks, the wrong thing comes out at the wrong time, but that’s not to say she isn’t intelligent. As an emergency nurse Terri is very serious about her career. However, when she’s at home and out of her uniform, Terri lets loose and reveals that wise-cracking upbeat character we love.

The talented Priscilla Barnes was born in Fort Dix, New Jersey, and travelled around the country with her family before settling at Edward Air Force Base in Lancaster, California. As a teenager, Priscilla was involved with various dancing and beauty-pageants, and won the title of “Miss Hollywood”.

Her television credits are numerous. After being introduced on Columbo in 1973 she went on to appear in classic television series such as Starsky and Hutch, Taxi, Vegas, and Murder, She Wrote. No role will equal the lovable quirky nurse she plays in Three’s Company. In 1981, she took over as the new roommate in the hit show, Three’s Company, as this marked her debut as a recurring cast member in a comedy program.

Her first film following Three’s Company was Sunday Lovers with Roger Moore and Lyn Redgrave. She then went on to co-star in the James Bond feature, License to Kill, playing opposite Timothy Dalton and Benecio Del Toro. Additional film credits include Mumford, Mallrats, Tom 51, and The Visitation.

Priscilla continues to pursue new acting projects, as well as producing and writing. She currently resides in Los Angeles with her husband Ted Monte.