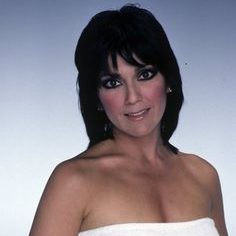 This spunky florist is known for her sharp wit and wisdom. Her continuous friendship with Jack provides a needed sense of balance as they share the fun and mishaps in apartment 201. While Chrissy preferred to sleep in her babydoll nightgowns and Terri slept in a tiny satin nightie, Janet could always be found in the long-sleeve oversized football jersey, which seemed to match her comfortable, easygoing demeanor. Janet is someone the roommates could depend on, an endearing friend and always-good company.

Since her life as Janet Wood, Joyce DeWitt has starred in numerous theatrical productions including the American rock musical, Leader of the Pack, the Australian comedy, Daylight Saving, the British farce >Noises Off, the revival of Cole Porter’s Anything Goes, and the Broadway musical Olympus on My Mind. For the latter, she participated in the cast recording and made her first record album.

She further demonstrated her singing and dancing talents in various specials including The Perry Como Christmas Special, The Steve Martin Special, The Cheryl Ladd Special, and with her former co-star– John Ritter, Being of Sound Mind and Body. DeWitt has also made guest appearances in television programs: Living Single, Cybill, and The Love Boat. She starred in the television movies With This Ring and Spring Fling. DeWitt developed her acting talents by studying theatre in undergraduate and graduate school. She received a Bachelor’s Degree from Ball State University and a Master of Fine Arts Fellowship from UCLA.

Joyce has continued to star in numerous theatre projects and recently took over the title role in the Off-Broadway comedy Miss Abigail’s Guide to Dating, Mating, and Marriage! at the Downstairs Cabaret Theatre at Sofia’s in New York City. Other theatre credits include Dinner with Friends, Last Night of Ballyhoo, Noises Off at Michigan’s Cherry County Playhouse, Love Letters at the Judson Theatre Company, and Sam Bobrick’s Remember Me at the Alhambra Theatre.